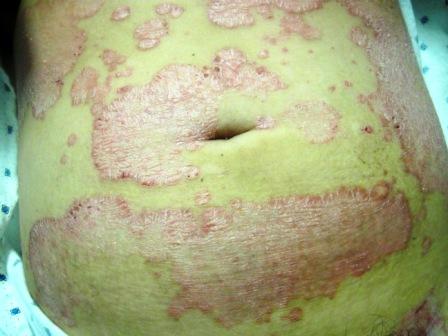 After I treated the English woman with the refractory severe psoriasis successfully, I started thinking and researching Psoriasis in the U.S.

In particular, just like my patient, women and the kids with severe psoriasis should live with a great emotional stress because it affects their appearance  and have difficult time in going out and having a social activity.

At least acupuncture doesn’t give any side-effects like many western steroid medication-which can be also toxic to your body, moreover this acupuncture can help your immune strength and to relax your mind.

And I believe if they are a good amount of the successful cases for psoriasis with acupuncture treatment, and you don’t really see the benefit of the western medical treatment, you should try acupuncture.

After my successful psoriasis treatment with the dramatic itch relief and skin color change,; she even felt her sinus congestion cleared, and saying “ I haven’t felt this good for years!”, I now want to help more people with psoriasis who are not effectively responsis to the conventional medicine and also having bad side-effects.

Below is the one of the positive research result.

We treated 61 cases of psoriasis with acupuncture, including 25 patients with complications of joint involvement and two cases with scleroderma additionally. All of the patients had failed to respond to their prior conventional western medical management. 25 patients were males and 36 were females. Their ages ranged from 22 to 84 years, with an average of about 52 years. There was no significant difference of the average ages between the sexes. Most of them (about 61%) had quite extensive involvement of the body. The average of duration of their illness was over 16 years, ranging from two to 65 years. They received an average of about nine sessions of acupuncture treatment, ranging from one to 15. Almost one third (19) of them had eleven to thirteen sessions. With the acupuncture treatment, about one-half (30) of the 61 patients had complete or almost complete clearance of the skin lesions. About a quarter (14 patients) of them had a clearance of about two thirds of the skin lesions. Eight of them had a clearance of one third of the skin lesions. Nine patients had minimal or no improvement. Our experience indicates that acupuncture is induced an effective therapeutic modality for psoriasis, particularly when the western medical management is unsuccessful. We speculated about the possible involvement of the cutaneous reticuloendothelial system in the clearance of the skin lesions.