The Origin of Herbs and Agriculture in Asia 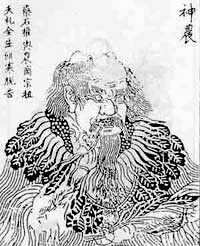 Shennong (Traditional Chinese: 神農; Simplified Chinese: 神农), also known as the Yan Emperor (炎帝) or the Emperor of the Five Grains (traditional Chinese: 五穀先帝; simplified Chinese: 五谷先帝), is a ruler of China and culture hero who lived some 5,000 years ago, and taught ancient China the practices of agriculture. Appropriately, his name means “the Divine Farmer”. Considered to be the father of Chinese agriculture, Shennong taught his people how to cultivate grains as food, so as to avoid killing animals.

He is said to have tasted hundreds of herbs to test their medical value. The most well-known work attributed to Shennong is the The Divine Farmer’s Herb-Root Classic (traditional Chinese: 神農本草經) – first compiled some time during the end of the Western Han Dynasty, several thousand years after Shennong existed – which lists the various medical herbs such as reishi which were discovered by Shennong and given grade and rarity ratings. This work is considered to be the earliest Chinese pharmacopoeia. It includes 365 medicines derived from minerals, plants, and animals. Shennong is credited with identifying hundreds of medical (and poisonous) herbs by personally testing their properties, which was crucial to the development of Traditional Chinese medicine. Legend has it that Shennong had a transparent body and thus could see the effects of different plants and herbs on himself. Tea, which acts as an antidote against the poisonous effects of some seventy herbs, is also said to be his discovery. This discovery is in 2737 B.C., according to which Shennong first tasted tea from tea leaves on burning tea twigs, which were carried up from the fire by the hot air, and landed in his cauldron of boiling water. Shennong is also venerated as the Father of  Agriculture in China, Korea, Japan and Vietnam.

How Your Herbal Medicine Is Formulated?

After a close Eastern examination and differentiation based on 8 principles (yin, yang, exterior, interior, hot, cold, deficiency, excess), I came up with a right Eastern diagnosis and where the blockage is and lay out the treatment plan to balance your energy system which will, in turn, remove your current disorders and keep your optimal health for the long term. According to that diagnosis and treatment plan, the purpose of the formula will be set up and the appropriate herbs will be chosen to complete the formula-there are almost 6000 herbs recorded in the dictionary of Chinese herbal medicine in 2000, which will treat not only the symptoms itself but more importantly the root of the symptoms. Patient’s response to the herbs will be monitored and the herbal prescriptions may be modified based on the progress of the patient as needed.

Even though each herbal tea tastes different, in general it tastes more bitter than chocolate milk shake or a smoothie, but remember the Asian saying – “the good medicine is bitter to your tongue”.

Herbs work internally to regulate and balance the body’s vital energy. Herbs are dispensed in various forms including pills, capsules, powders and decoctions. Boiling raw herbs into a tea is considered to be the strongest form and therefore has the greatest therapeutic effect which is also tailored to the individuals with different symptoms.

In order to make the most effective herbal remedy, we strongly recommend you to come and have a comprehensive consultation with our physician for formulating the right herbal remedies. 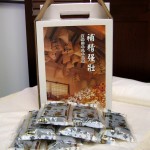 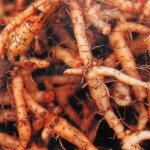 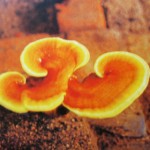 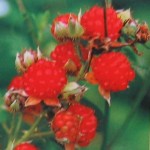 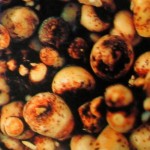 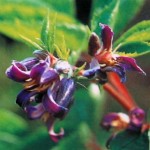 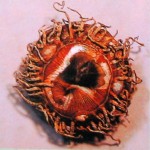 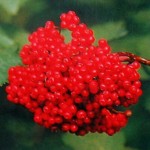 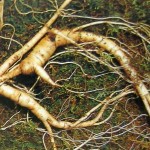