Contemplation of Thought From Siksasamuccaya 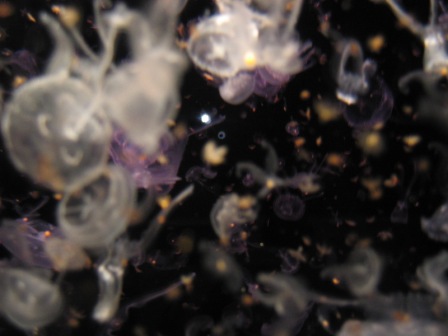 Translated from the Sanskrit by Edward Conze

He searches all around for his thought. But what thought? It is either passionate, or hateful, or confused. What about the past, future, or present? What is past that is extinct, what is future that has not yet arrived, and the present has no stability. For thought, Kasyapa, cannot be apprehended, inside or outside, or in between both. For thought is immaterial, invisible, nonresisting, inconceivable, unsupported, and homeless. Thought has never been seen by any of the Buddhas, nor do they see it, nor will they see it. And what the Buddhas never see, how can that be an observable process, except in the sense that dharmas proceed by the way of mistaken perception? Thought is like a magical illusion; by an imagination of what is actually unreal it takes hold of a manifold variety of rebirths. A thought is like the stream of a river, without any staying power; as soon as it is produced it breaks up and disappears. A thought is like the flame of a lamp, and it proceeds through causes and conditions. A thought is like lightning, it breaks up in a moment and does not stay on…

Searching for thought all round, he does not see it within or without. He does not see it within or without. He does not see it in the skandhas, or in the elements, or in the sense-fields. Unable to see thought, he seeks to find the trend of thought, and asks himself: Whence is the genesis of thought? And it occurs to him that “where there is an object, there thought arises.” Is then the thought one thing, and the object another? No, what is the object, just that is the thought. If the object were one thing, and the thought another, then there would be a double state of thought. So the object itself is just thought. Can then thought review thought? No, thought cannot review thought. As the blade of a sword cannot cut itself, so a thought cannot see itself. Moreover, vexed and pressed hard on all sides, thought proceeds, without any staying power, like a monkey or like the wind. It ranges far, bodiless, easily changing, agitated by the objects of sense, with the six sense-fields for its sphere, connected with one thing after another. The stability of thought, its one-pointedness, its immobility, its undistraughtness, its one-pointed calm, its nondistraction, that is on the other hand called mindfulness as to thought.